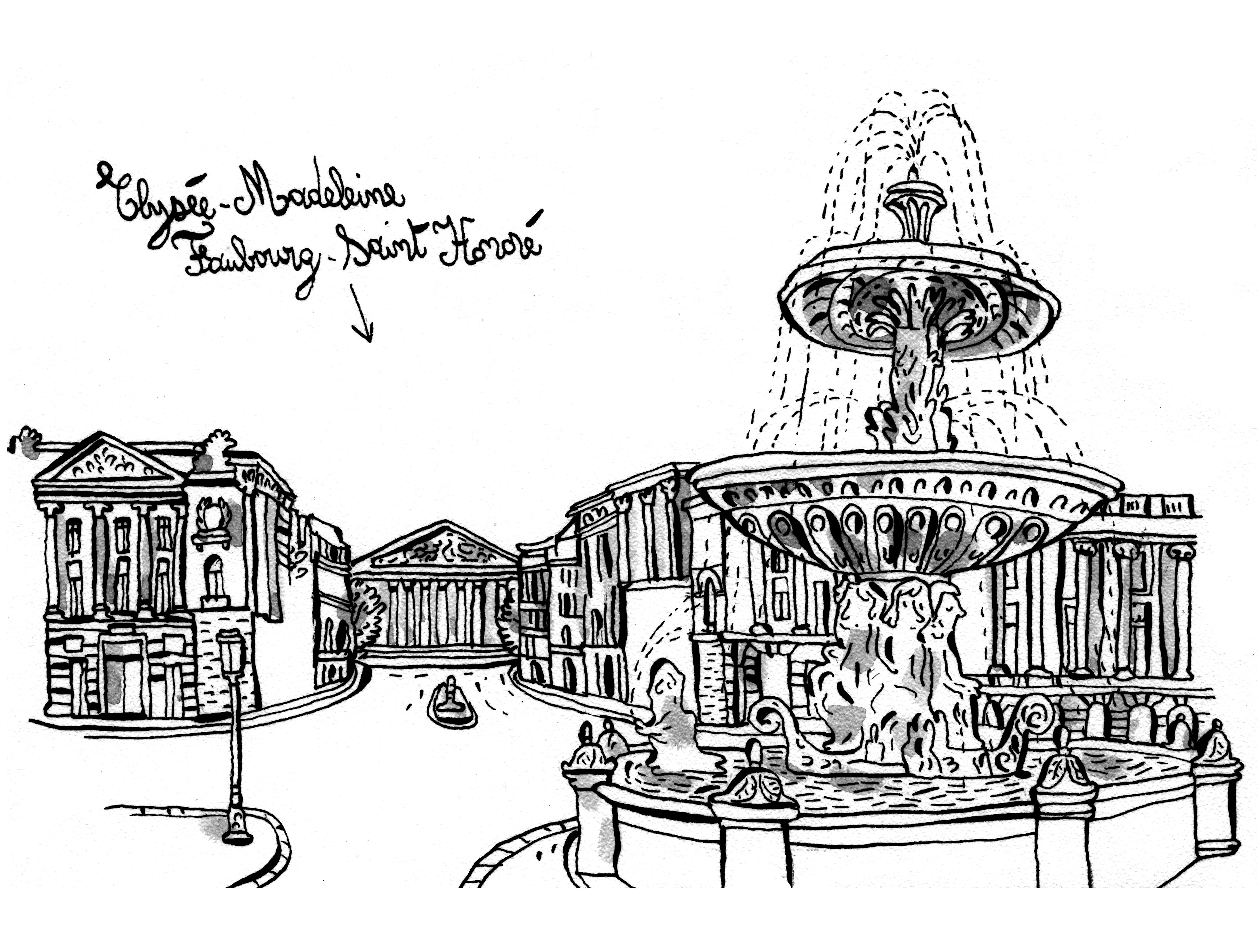 The past mingles with modernity, the story inviting each corner, with a smile mutinous. The old village of the Town L'Evêque, with its small chapel of the Madeleine, grew, grown, without losing its village charm. The garden of the Elysee is a small valley. Marcel Proust went to the guignol du Rond-Point. You can buy boots from Louboutin or an entrecôte from the Boucheries Nivernaises. We drink a cannon, surrounded by policemen, at the Griffonier. You can even take a head in the two most beautiful swimming pools in Paris: the Interallié and the Automobile Club de France. One discovers the wonders of the antique dealers of the Faubourg, one tries his luck at Sotheby's, one enters the palace Hermès. We nibble at Kaspia and Fauchon. We see shows at the Théâtre de la Madeleine. French luxury is sung at the Crillon or at Maxim's. Paris is always a party!

The most historic district of the 8th arrondissement, it has buildings ranging from the 18th to the 20th century. The old promenade, at the gates of old Paris, was built at the end of the old regime, without losing its playful dimension: since the Second Empire, the Champs Elysées gardens have been the theater, Large exhibitions, ephemeral markets. A very protected district, rich in embassies and palaces, it has many architectural flags: the private mansions along the avenue Gabriel are even the pride of France.

But it is also a very Parisian, family neighborhood, where lineages have lived for decades, sometimes even more. Above the luxurious stalls there are notaries, great bourgeois, proud to be always here, in these buildings with tree-lined courtyards, balconies in bloom, where they grew up. The playgrounds of the Jardin des Champs-Elysées resound with cries of children, who live with their parents in the little streets behind the ministries for generations. In short: a district of pleasure, pomp and traditions.

The life of the neighborhood: On the sidelines of this anthill, where the political life of the capital is bursting, the neighborhood contains many small gentle stops: the Rue de l'Elysée, the only English street in Paris; The secret passage of the Royal Village; The chapel of the square Louis XVI; Or the Maxim's Museum, on the first floor of the restaurant, which revives the splendor of the Belle Epoque.

Unmissable: stroll through the gardens of the roundabout, and go chat with the philatelists who shop Avenue Gabriel, taking for Audrey Hepburn and Cary Grant, in Charade.