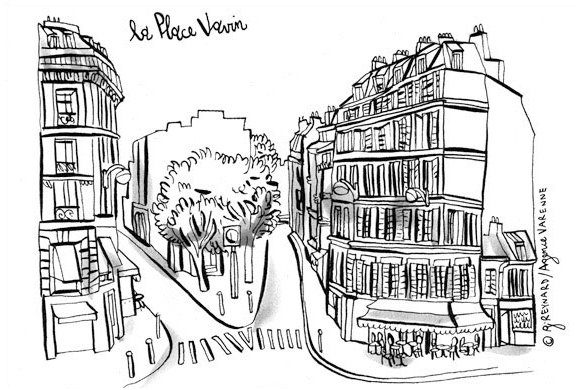 This is undoubtedly the most family-centric neighbourhood in Paris’ 6th arrondissement. And also the most typically Haussmann with the serene charm of the beautiful buildings that punctuate boulevard Raspail.

It has some of the best schools in Paris, faithful to French excellence, such as Collège Stanislas and Ecole Alsacienne. There is even an authentic student atmosphere around the famous law faculty in rue d'Assas. When classes are over, the charming little square at the corner of rue Vavin and rue Notre-Dame-des-Champs is covered with crowds of cheerful youngsters that meet here as they would in a village square, before wandering away to the Luxembourg gardens a stone's throw away.

The restful quiet of rue Joseph Bara or rue Le Verrier contrasts with the bustling activity on boulevard du Montparnasse, which is full of cinemas, famous brasseries, excellent bookstores and discreet theatres.

Settling in Notre Dame des Champs guarantees a peaceful life, a stone's throw from the most ebullient Paris. Calm in the eye of the storm.

Hemingway, Fitzgerald, and the many other great names that elected domicile here were right. A drink on spring evening while listening to the pianist at La Closerie des Lilas. Devouring a beautiful veal chop at La Rotonde, or the excellent steak tartare at Le Select. Venturing into Marcel (rue Stanislas), one of the best bistros in Paris. Diving into the shelves of the legendary bookshop Tschann. Discovering the delightful Musée Zadkine, opposite Luxembourg gardens. See a movie in one of the many cinemas on the boulevard, or a play in the secretive Théâtre de Poche. Admiring the astonishing tiled building at 26, rue Vavin, which looks like a liner imprisoned in the city. And the Luxembourg gardens are always present, always just a stone's throw away, with their promise of greenery.

Every gourmet in Paris knows that Gilles Vérot, rue Notre Dame des Champs, is the best delicatessen in the capital. The queue says it all when the holidays arrive. Some people even order months in advance! Because when it's good...