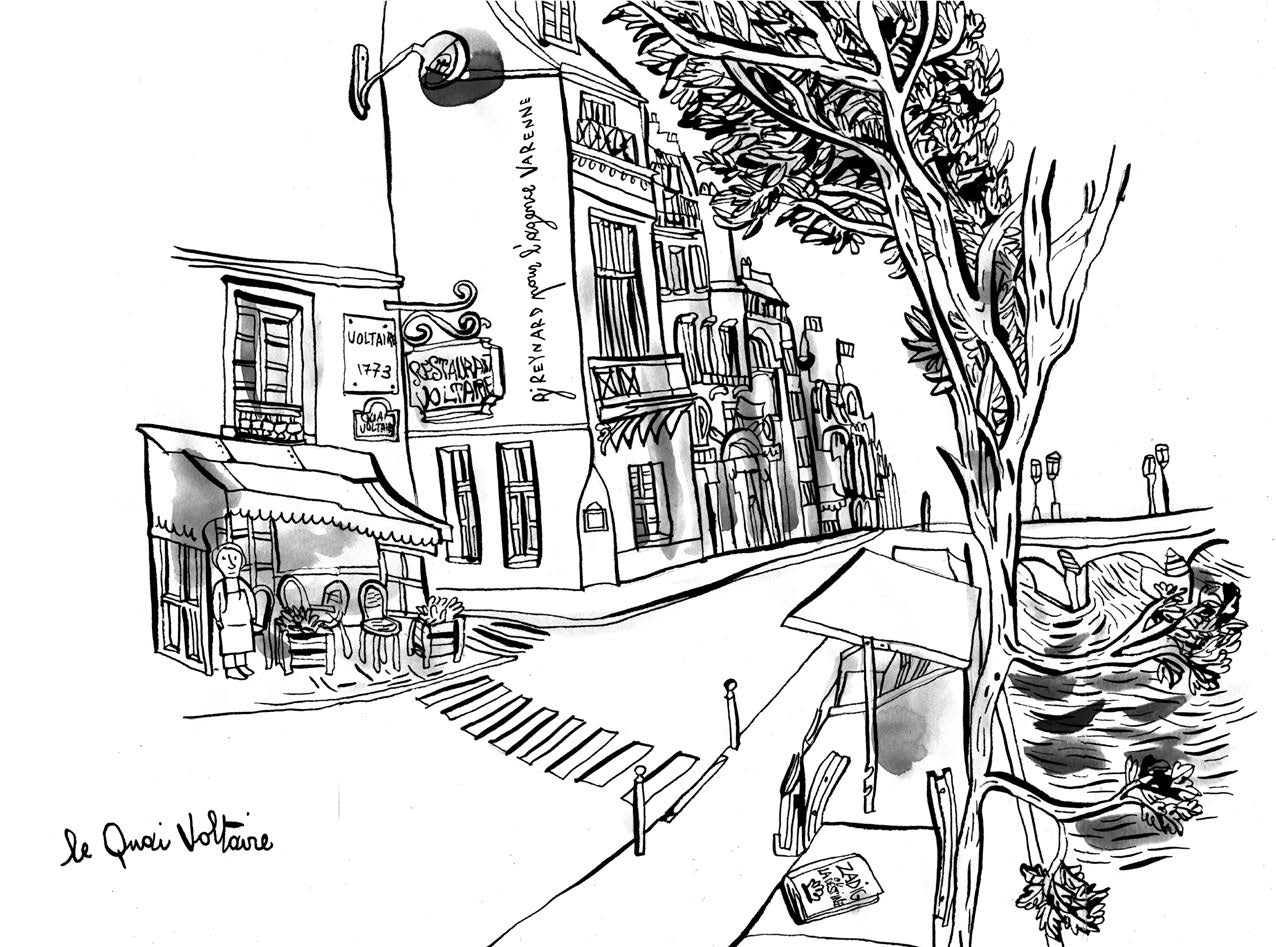 The Seine, the Seine, and the Seine... Mother, sister, and daughter of Paris, it espouses the destiny of all that watches over it. The Gauls were here, the Romans fortified it, the Vikings landed here, and here it flooded in 1910... Mute but very present, it is the city’s soul. It offers one of the most beautiful views in the world – and to own an apartment with a view of the Seine is proof of eternity.

From Pont du Carrousel to Champ de Mars, the whole history of Paris flows before your eyes and under your feet. The sumptuous buildings on Quai Voltaire, where the father of the Louvre, Vivant-Denon, lived, as well as the poet Alfred de Musset, the painter Ingres, the dancer Nureyev, and of course Voltaire himself. The Quai d’Orsay, previously an obsolete train station, became one of the most beautiful museums in Paris. All the magnificent buildings on the Quai d'Orsay display real architectural unity (essentially art deco), since they were all built at the beginning of the 20th century, when the delusional cardboard-paste palaces built for the universal exhibition in 1900 were demolished. The magnificent museum on Quai Branly celebrates the primitive arts in a building swallowed up by greenery. Finally, the Eiffel Tower which emerges like a giant, at the end of the pretty bourgeois streets girding the Champ de Mars.

Here there is beauty, history, culture... and water.

Things happen along the Seine. Stop at the Voltaire, have a drink near Chez d'Artagnan. Take another look at the Van Goghs and Monets in Musée d'Orsay. Discover the Chancellerie de la Légion d’Honneur and spot the members as they come out of the National Assembly building. Just stroll along these quays that have been cleverly refurbished as a promenade. Clink glasses in the Rosa Bonheur, on the Seine. Get lost in the Dogon statuettes in Musée du Quai Branly. And why not finish by climbing the Eiffel Tower, which in fact isn’t as well-known as all that?

Although the quays of the Seine are home to numerous museums, there is a little known, free, and exciting place to visit: the mansion-shop owned by the antiquarian family Kugel, 25, quai Anatole France, which offers items dating from the Middle Ages to the present day in a fascinating setting with a calm like no other. Superb!