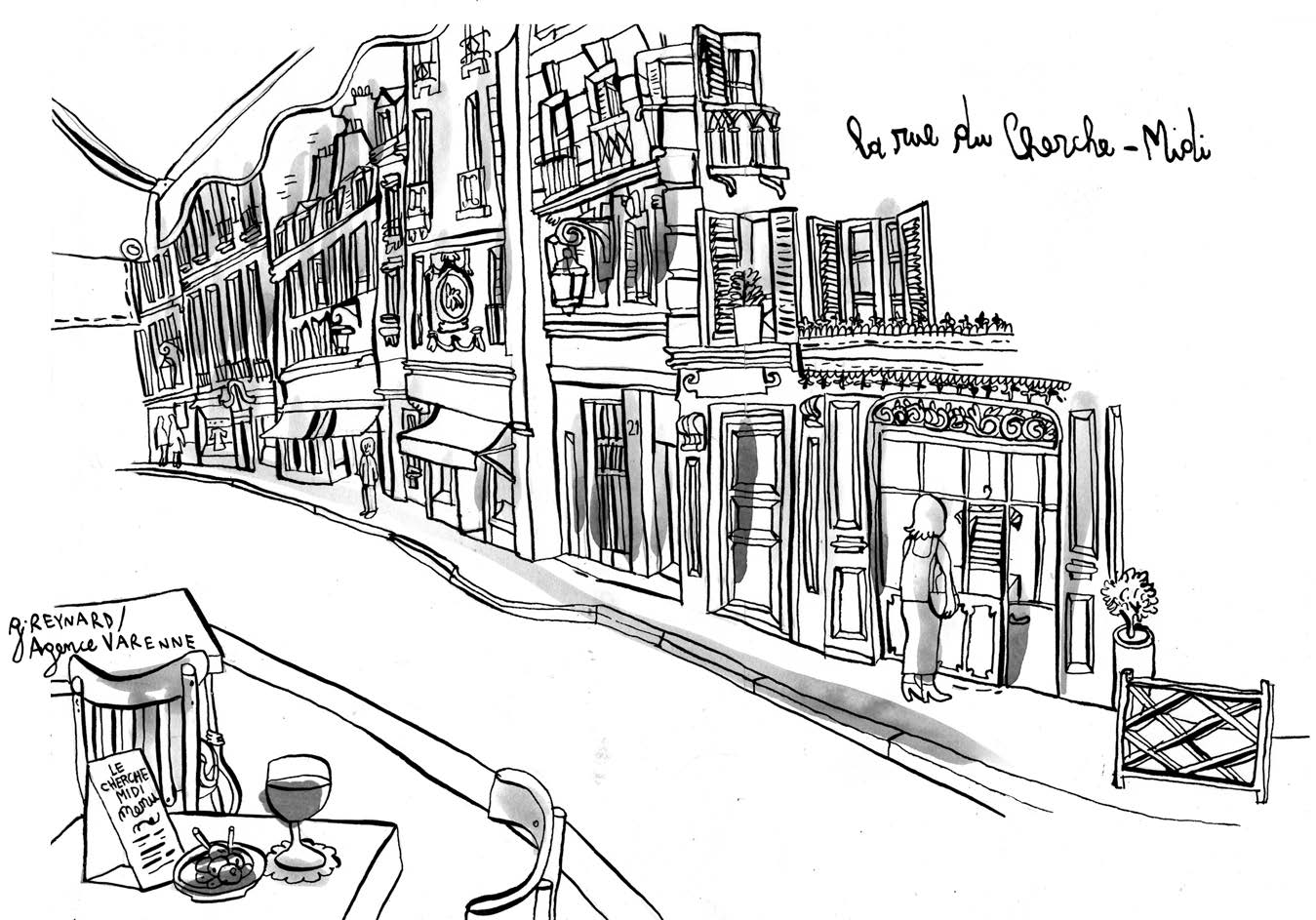 What a pretty name, "Cherche-midi"! Its origins diverge (as is often the case in Paris) but it would seem that it comes from a sign representing a sundial (hence "cherche midi" - look for the sun at its zenith at noon). An old name for an equally old neighbourhood.

Simply push open one of the many doorways adorning this old road that dates back to the Middle Ages. As soon as the buildings are opened, you discover a succession of courtyards, gardens, and houses tangled together – a reminder that this quarter was that of religious orders. The houses were built on the remains of these illustrious buildings, often retaining their shape, their spirit, and even their souls...

Sometimes the silence is so striking it has the feel of some long-forgotten cloister. The windows of many of the apartments here overlook interior gardens, cobbled courtyards, flower and tree filled interludes. Back out in the street, the cheery life of central Paris is back at the foot of the Tour Montparnasse and not far from Fnac...

What could be more pleasant than strolling along rue du Cherche-midi and rue de Sèvres? Shops and restaurants alternate with joyful greed so there is always a treat of some kind to be had! Sit down at the table d'hote in the Cantine du Troquet or taste the delicious bourgeois cuisine served in the restaurant Dumonnet, also called Chez Joséphine. Or what about the exciting Fondation Dubuffet, not far from the Duroc crossroads. Finally, watch out for the colossal shadow of Gérard Depardieu, an almost legendary figure in the area, who lives in an extravagant mansion in the very heart of Cherche-Midi!

A former and very discreet neighbourhood brasserie, Petit Lutetia was recently taken over by a young, dynamic team, which has made it the most joyful of establishments for gourmets!